All children have the right to attend school in a safe, welcoming, and caring environment but bullying has made that increasingly difficult for some. The rise in reports of bullying around the country has prompted many communities to institute anti-bullying programming to foster learning without incidents of harassment or intimidation. One arts group in Syracuse has found a way to incorporate these anti-bullying programs with a unique mix of theatre, critical analysis and none other than William Shakespeare. 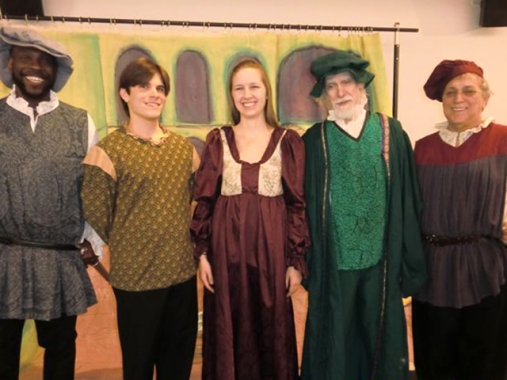 “Through hands-on exercises for empathy, character trait identification, improvisation, skill development and transference, we identify alternate behaviors that empower students to develop healthy relationships, be assertive and self-sustaining,” said Ronald Bell, Director of The Shakespeare Festival. “This isn’t the usual thing you do in a theatre situation, but so far we have seen a great response from students, parents and the actors.”

The students are encouraged to use critical thinking while observing and participating in classroom sessions of popular plays. They are able to interact with characters in a fear-fostering scene between the Montagues and Capulets of Romeo and Juliet as well as a controlling scene between Oberon and Titania of A Midsummer Night’s Dream.

The Community Foundation awarded the Shakespeare Festival a Community Grant to help produce the program, which includes school performances accompanied by in-class sessions with hands-on exercises. The actors ask students for immediate feedback between scenes and immerse them in non-threatening scenarios to help them identify elements of healthy relationships and friendships. 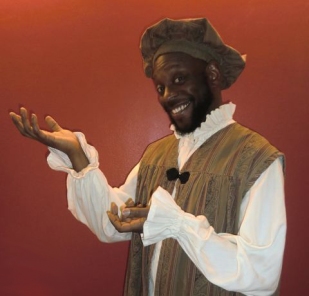 “The arts, in general, get to the problem in a way that more students can relate to,” said Bell. “Many students have difficulty with material presented as just lecture, text or pictures but in theatre there is an interactive aspect.”

The curriculum for No Bully Shakespeare draws from the “Teaching Tolerance” model of the Southern Poverty Law Center, The Colorado Shakespeare festival and input from Bell, who is a retired teacher of 24 years. The show has been performed in 5 schools within the Syracuse City School District, with plans to expand to other districts by 2016.