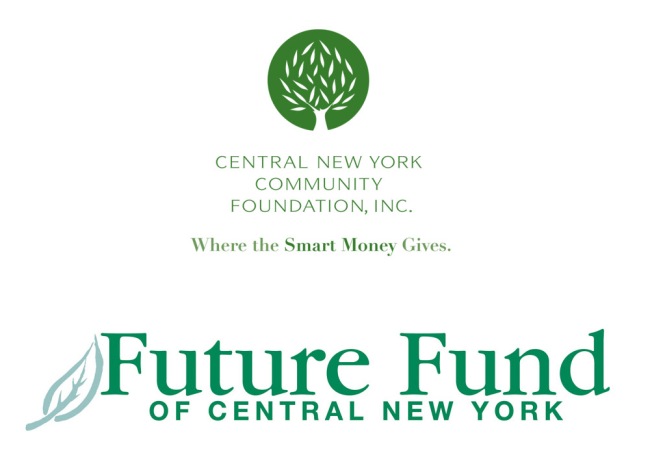 May 5, 2014 (Syracuse, NY) – The Future Fund of Central New York will award The Syracuse Silver Knight Foundation’s SSKF-Hopeprint Kids Summer Soccer Camp program a $5,000 grant at its annual Grant Awards Celebration on Thursday, May 15, 2014 from 5:30-7:30 p.m. at the Central New York Philanthropy Center in Syracuse. The Syracuse Silver Knight Foundation was chosen from nine grant applications submitted to the fund’s focus area for 2014 – community engagement and neighborhood revitalization.

The program is a collaborative effort between the Syracuse Silver Knight Foundation and Hopeprint, Inc.  It will be offered to children and youths in the heart of Syracuse’s Northside neighborhood between July and August 2014.  The program’s goal is to connect children from diverse backgrounds to one another and to our Syracuse community through the universal language of soccer.  Several weekly camps will be held, culminating in a tournament.  In addition, six scholarships will be awarded to the Silver Knights’ Summer 2014 soccer camps at the CNY Family Sport Centre in Baldwinsville.  Two hundred youths are expected to participate and each participant will receive a soccer ball at the conclusion of the program.

To register for the grant awards event, go to futurefund2014.eventbrite.com. Attendance is free, but pre-registration is required.

Each year, the Future Fund members vote on a focus area for its grant award. This year’s focus area was on projects that involved community engagement and neighborhood revitalization. When all applications were received, the Fund’s members voted to choose the top three projects. Members were then invited to visit the organizations, meet staff and learn more about the applicants before choosing the final award recipient.

The Future Fund is always looking for people interested in active philanthropy to become new members. Visit futurefundofcny.org or call (315) 422-9538 to join.  Annual membership is $100.

Since its inception in 2004, the Future Fund has awarded ten grants, totaling $50,000 to Central New York organizations. The Future Fund of Central New York is a grassroots-initiated giving circle established to encourage philanthropy in the Central New York community and make it a better place to live and work. Its members are involved in building a charitable endowment and providing grants in program areas that change each year based on the vote of the membership. According to the Washington, D.C.-based New Ventures in Philanthropy, giving circles are one of the fastest growing philanthropic trends nationwide. For more information, visit futurefundofcny.org.